Proceeds from the October 23 to 30 exhibit will benefit the Archdiocesan Church of St. Jude Shrine for its renovation. “Forest Images 5” is a body of pen-and-ink drawings of “observations, nostalgic glimpses, and memories of a lush and fleeting natural beauty.”

The paintings are “loving depictions of rapidly vanishing forests and rural scenes, fast becoming memories due to the ravages of logging and mining, and invasions by subdivisions, and all hat has to do with land development and expansion.

He hopes his exhibit will “enhance aesthetic as well as ecological awareness for besieged nature, and awaken in us a commitment to love and protect what remains of our natural environment.”

Villegas describes his art as “self-taught.”

He was awarded “Best Artist” while in Kindergarten at the Ateneo de Davao University in 1967.

After college, Villegas became one of the founding members of the Camera Club of Davao in 1983, serving also as treasurer.

He followed and documented the final years of National Artist Victorio Edades from 1980 to 1985 here in Davao City. 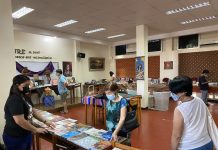 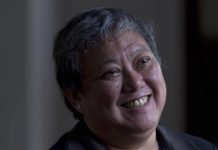