The current DCCCII leadership, under lawyer Domingo Duerme, called the move a victory not only for the chamber but also for Davao City, as it showed that alacañang heeded the call to reconsider Recto's appointment.

DCCCII officials in April said Recto could not ably represent the management sector because she was not a member of any business chamber, was not endorsed by the business sector and does not have the personality to represent management.

Arroyo reappointed lawyer Bienvenido Cariaga, former chair of the DCCCII to the regional wage body in a letter signed on May 3 but which reached Cariaga only recently.

The reconsideration came three months after Arroyo cut Cariaga's term by three months and appointed Recto as management sector representative to the board.
Cariaga was serving a five-year term, which was supposed to end in May, but Arroyo appointed Recto effective February 2, prompting opposition from the chamber, which was still reeling from the aftermath of the chamber's disaffiliation from the Philippine Chamber of Commerce and Industry, Cariaga, one of two representatives from the business community in the tripartite board, will serve a new five-year term.

Cariaga told reporters earlier that Recto resigned in his favor amid brewing pressure from the public over her questionable appointment.

The regional wage board is the key decision-making body for adjustments in wages and productivity polices of the labor department. 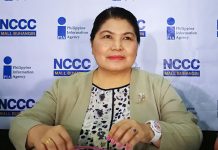