Santos said Serra has yet to send a formal letter of resignation but had told him he had opted to resign because he can no longer attend to the rigors of the job.

Santos said Serra was not hospitalized but was advised by his doctor to stay home.

Santos said the MinBC's  board of trustees has set a meeting in the first week next month to initiate a selection process for Serra's replacement.

There were reports Serra was eased out in the aftermath of MinBC's rift with the Philippine Chamber of Commerce and Industry (PCCI) but Santos denied this.

He said there is no shake up in the leadership of Mindanao's biggest business grouping saying Serra had the support of the board and members.

Serra stood against the leadership of PCCI and eventually resigned as vice chair for Mindanao due to soured relations with the country's biggest business chamber.

"This is the time for Mindanao to chart its own path,” Serra said in October 2006 when MinBC bolted PCCI.

Because of Serra’s illness, Santos has taken over the chairmanship of the BIMP-EAGA Business Council (BEBC).  Serra was chair of the sub-regional grouping since March 2006.

According to a MinBC press release Wednesday, Santos' nomination as Serra's replacement was upheld by the BEBC board in a meeting on June 13.

Santos said he would be taking off from Serra's "very good undertakings for the progress of BIMP-EAGA.”

He specified the implementation of reform measures for a wider private sector participation in EAGA meetings by mainstreaming the involvement of sector-based industry associations. (Walter I. Balane/MindaNews) 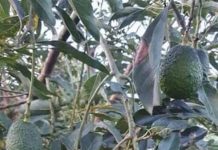