GENERAL SANTOS CITY (MindaNews/02 September) — The European Union (EU) is reportedly open to negotiations for the possible lowering of tariffs or even granting duty-free treatment for canned tuna exports from the Philippines and other members of the Association of Southeast Asian Nations (ASEAN) under a proposed free trade agreement with the 10-nation regional bloc. Gabriel Munuera-Vinals, commercial counselor of the European Commission delegation to the Philippines, said over the weekend that the EU may consider canned tuna as among the products and services that would be included in the continuing negotiations for the proposed terms of the ASEAN-EU FTA.

“We are very hopeful that we can be able to address this matter as we continue with the free trade negotiations (with ASEAN),” he said in a press conference at the sidelines of the 11th National Tuna Congress here.

The EU opened negotiations with the ASEAN in May 2007 but the talks have moved slowly due to a number of issues, among them the worsening human rights situation in Myanmar and the pending Partnership Cooperation Agreement (PCA) discussions between the 27-nation bloc and ASEAN member-states.

EU procedures require that all ASEAN countries sign a PCA, which contains a commitment to human rights, as a prerequisite to an FTA. So far, only Indonesia has concluded its PCA with the EU.

Vinals said the proposed “comprehensive trade agreement” is mainly aiming to provide greater market access for a range of ASEAN products to the EU through duty-free terms.

“We’re looking at granting zero tariffs for 90 percent of products from the ASEAN states that enter the EU markets,” he said.

But Vinals clarified that since the free trade negotiations started more than two years ago, both sides have “not got to the point of determining which products” would be included in the zero tariff scheme that it proposed.

The Philippines’ canned tuna exports to the EU is currently subject to 24 percent tariff, a rate deemed very disadvantageous to the tuna industry as some of its export rivals such as the African, Caribbean and the Pacific Group of States (ACP) and Andean countries have been enjoying a zero percent tariff rate.

The EU had implemented a Tariff Rate Quota (TRQ) scheme that allowed the Philippines to export 9,000 metric tons of canned tuna with a 12-percente tariff but the five-year scheme ended in June 2008.

The Philippines quota is part of the 25,000MT TRQ wherein local tuna exporters share with those of other countries, including Thailand (13,000MT), Indonesia (2,750MT) and other non-preferred countries.

The Philippines had lobbied for the extension of the TRQ scheme but Vinals said the EU had resolved that it would address all trade concerns under the FTA framework.

So far, he said the ASEAN-EU FTA negotiation process has been continuing and both parties have been doing some reflection and specifically finding ways on how to move forward and eventually conclude the talks.

Vinals stressed that the EU is committed to continue on with the terms of the negotiations although he admitted that they have already been feeling the pressure of finally signing the FTA after ASEAN entered into trade pacts with a number of countries, including China, Australia, New Zealand and India.

“The (ASEAN-EU free trade) negotiation was supposed to end this 2009 but as we can see, that is not the case. But this is a continuing process and we’re committed to conclude it as early as possible,” he added.

Tuna industry players have been urging the national government to push for the granting of zero tariffs for canned tuna exports to the EU under the ASEAN-EU FTA mechanism to allow them to further penetrate the EU markets.

Industry leaders led by the Socsksargen Federation of Fishing and Allied Industries Inc. (SFFAII) highlighted such position in three nationwide consultations conducted earlier this year by the Universal Access to Competitiveness and Trade and the Philippine Chamber of Commerce and Industry regarding the ongoing ASEAN-EU FTA negotiations.

Marfenio Tan, SFFAII president, believe that canned tuna shipments to Europe could grow by 20 percent if only Europe will allow a bigger quota at lower duties.

Industry figures show Europe accounts for at least 40 percent of annual canned tuna exports, which is mainly produced by the six tuna canneries based in this city. (Allen V. Estabillo/MindaNews) 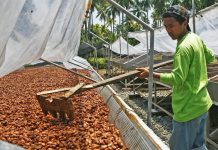 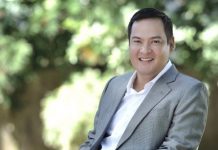