Home Business Exports, fishing industry, tourism down in Region 12 in 2009

In a report, NEDA attributed the decline in export earnings to the decreasing production in tuna and pineapple, the top two key export performers of the region.NEDA regional director Teresita Socorro C. Ramos described the drop in the three economic sectors as “critical incidents” for the region.

NEDA, in its Regional Economic Situationer 2009 report, attributed the decline in export earnings to the decreasing production in tuna and pineapple, the region’s top two export performers.

Except for Australia and China, deman 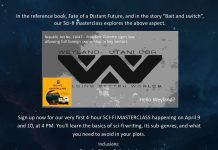