COTABATO CITY(MindaNews/05 July)—The Autonomous Region in Muslim Mindanao (ARMM) regional government is eyeing the establishment of a special economic zone in Tawi-Tawi province to further bolster trade and tourism exchanges between the area and neighboring Sabah, Malaysia, an official said.

The governor said that they are waiting for the provincial government of Tawi-Tawi to submit the requirements needed for the declaration of a special economic zone in the area.

“Tawi-Tawi is a prime mover in bringing in more investments in the ARMM. Its proximity to Sabah allows our Malaysian friends to perform trading activities in the province,” Hataman said.

He also stressed that “the wonderful beaches and other scenic spots, plus the effective peace and order measures, make it very viable for tourism ventures.”

Tawi-Tawi, which is closer to Sabah by sea travel than the southern Philippine city of Zamboanga, known as “Asia’s Latin City,” is rich in marine resources and is the top producer of seaweeds in the ARMM.

Seaweeds from Tawi-Tawi contributes 48 per cent or 294,595 metric tons to the total annual production in the autonomous Muslim region, Hataman said.

To improve the quality and production of the fisheries industry in the province, he disclosed plans to build a Regional Fisheries Integrated Research and Development Center in the area.

The establishment of the center will be joint effort involving the ARMM regional government, the national government and the Bureau of Fisheries and Aquatic Resources, Hataman added.

Among those who attended the conference were businessmen from Brunei Darussalam, Indonesia and Malaysia.

One of the highlights of the two-day conference was the signing of the Memorandum of Agreement on the establishment of business linkages between the Tawi-Tawi Chamber of Commerce, Inc. and the BIMP-EAGA Malaysian Business Council in Tawau, Sabah, Malaysia.

BIMP-EAGA stands for Brunei, Indonesia, Malaysia, the Philippines-East ASEAN Growth Area, a key strategy launched in 1994 to accelerate the social and economic development of less developed areas in participating countries.

Hataman said the business and investment climate in the ARMM “has never been more upbeat than it is today,” citing that in the past two years, the region continues to experience remarkable increase in the amount of investments.

“We give credit to the favorable turnout of the peace process for boosting investors’ confidence in the region,” he said, referring to the Comprehensive Agreement on the Bangsamoro (CAB).

The CAB is the final peace deal between the government and the Moro Islamic Liberation Front signed last March 27 after 17 years of negotiations.

For the first quarter of 2014, ARMM’s Regional Board of Investments has registered investments worth P2.5 billion, the largest in its history. (Bong S. Sarmiento/MindaNews) 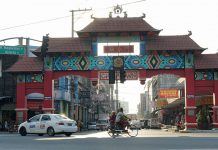