Maj. Lyndon Paniza, newly assigned commander of the Army's 39th Infantry Battalion in Makilala, North Cotabato, said his target was to get Commander Jazmin, believed to be the leader of the New People’s Army’s (NPA) Guerrilla Front 51 operating in the hinterlands of North Cotabato.

Jazmin is the widow of former Front 51 Commander Benzar who was killed in a military raid in Makilala town in 2005.

The target was to neutralize the guerrillas by 2010, Paniza said in the simple turn-over ceremony Thursday of the new command in the 39th IB headquarters in Barangay Poblacion, Makilala.

Paniza, formerly assigned at the East Mindanao Command in Davao City, has taken the place of Lt. Col. Victor Tan, who, for more than two years, was credited for the killing of at least six guerillas and the arrest of seven others in 26 military-guerrilla clashes over the same period.

For two years and four months since he assumed post in 2006, Tan reported having  conducted 9,461 major combat operations against the NPA.

During those years, 274 guerrillas also surrendered to the government, he said.

Paniza said he would work with the community to secure his area of responsibility.  He also planned to strengthen military relations with civil society organizations. 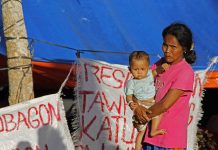 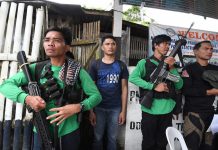