Amina Rasul, executive director of the Philippine Council for Islam and Democracy (PCID) said ASEF participants are impressed with “what we are doing.”

“Mindanawon experiences in building bridges are very relevant to the global situation where misunderstanding fuels conflict,” said Rasul, one of two Filipino participants in the two-day ASEF Talks on the Hill on April 19 to 21.

Rasul’s group initiated the organization of what is now the National Ulama Conference of the Philippines.

The two-day retreat and dialogue, according to Gus Miclat, Executive Director of the host organization, Initiatives for International Dialogue (IID), said ASEF participants were also impressed by Bae Era Espana, a Manobo leader in North Cotabato who discussed Lumad spirituality, among other issues.

The 14th Talk’s theme is “The Future of the Dialogue of Cultures and Civilizations.”

Miclat said the retreat and dialogue, which included a dialogue with representatives from the Bishops-Ulama Conference evening of April 21,  “resolved the need to address extremist trends and focus on common values among all religions, faiths and beliefs (including unbelievers) in the pursuit of  peace efforts” and to support “intrafaith dialogues and populism within.”

Organized by the Asia-Europe Foundation (ASEF) and hosted by IID, the 14th “Talks on the Hill” was conducted to “identify priority areas in the field of religion and interfaith relations that could benefit from increased Asia-Europe dialogue and cooperation.”

“Priority areas include and are not limited to the various intersections of religion with the media, migration and multiculturalism, the economy, gender, human rights and ecology.”

BUC co-convenor Archbishop Fernando Capalla of Davao City said in his presentation of the BUC that dialogue is “the only human and humane way of resolving conflict.” He also talked about healing the wounds as did BUC co-convenor Aleem Mahmod Adilao.

Rev. Daniel Pantoja of the Mindanao Peacebuilders said his group has three peace and reconciliation teams each in the Liguasan Marsh area and Lanao areas. The teams, he said, can also do emergency medical mission.

Espana talked about having been in high school when she experienced seeing her fellow Manobos displaced during the war, how she wondered what was in both religions that could spark conflict. She also discussed the spirituality of the Manobo.

The first Talk on the Hill was held in Singapore in 2003 and tackled Cultural Tools as means of forging Human Interaction with Nature in the context of Asia and Europe; the second, also held in Singapore, was on Exploring the Relationship between Religion and the State in Asia and Europe. Three Talks on the Hill were held in Singapore in 2004: the third, on Spotlight on Television: Dimensions of Media Influence on Foreign Policy and Public Opinion in Asia & Europe; the fourth, on Cross-Examining Justice: Cultural, Religious and Social Conceptions of Justice in Asia & Europe and the fifth on Coming out in Dialogue: Policies and Perceptions of Sexual Minority Groups in Asia and Europe.

Two Talks on the Hill were held in 2005, this time, out of Singapore. The sixth, on Countering Imported Conflicts Peacefully:  The Role of Interfaith Dialogue, in Bali, Indonesia; and the seventh, on Beyond Black and White: Confronting Modern Realities of Racism and Xenophobia in Asia & Europe, in Barcelona, Spain.


Two were also held in 2006, the eighth in Singapore, on Re-righting Intellectual Property: Economic and Social policy challenges in Asia and Europe; the ninth on Pressing Freedoms: Managing Creative Liberties in a multi-faith and multi-cultural context, in Kykkos Monastery, Cyprus.

Two were held in 2007: the tenth on (in)Secure Societies: Redefining Civil Liberties in a changing security environment, in Singapore, and the eleventh on (A)Political Education: Revisiting History in Asia and Europe, in Auschwitz, Poland .

Two Talks on the Hill were again held in 2008, the 12th tn  Dialogue, Sanction, Incentive? Coordinating an Asia-Europe Response to Troubled States, in Singapore and the 13th  on Ethnicity Mobilised: The Dilemma of Multicultural Politics, was also held in Singapore. (Carolyn O. Arguillas/MindaNews) 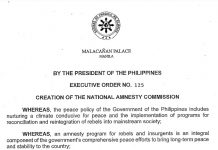