MALAYBALAY CITY (MindaNews/27 November) — Operatives of the National Bureau of Investigation have arrested a suspect of the slaying of Bukidnon State University instructor Jay Jaspher Santonińo, the chief of police here said.

Police S/Supt. Erwin Bayani Meneses said Michael Abellanosa, 19, was captured “somewhere in Impalutao,”  a barangay in Impasug-ong town, on November 26, a day after a warrant for his arrest for an earlier murder case, was issued by the Regional Trial Court.

The arrest came eight days after Santonińo was robbed and stabbed to death. He was buried on November 24.

Meneses clarified they are yet to file charges at the City Fiscal’s Office against Abellanosa as a suspect in the Santoninio case. “At least he is already arrested (for an earlier murder case) so he can face charges in court,” Meneses said. Abellanosa was among the suspects identified by the Malaybalay City Police Office based on circumstantial evidence like the iPod gadget which Santoninio owned.

He said witnesses also point to the suspect as the one who fled right after the incident.  He added that information from MCPO was fed to the NBI.

Meneses said Abellanosa had been arrested before for theft, snatching, and robbery but released because he was a minor.

Meneses said another reason why the suspect has been released before was that complainants have withdrawn or have refused to file charges.

Santonińo’s death triggered outrage with citizens expressing disgust over the failure of authorities to stop criminality in the city.

A youtube.com video entry said Malaybalay is no longer safe and called on authorities to stop the killings. A Facebook fan page dubbed “Justice for Sir Jay” was created to “honor our friend’s passing,” “to seek swift justice for his brutal death,” and to “bang the doors of our authorities and demand from them the ‘Malaybalay’ that we Malaybalaynons and Bukidnons used to know.” (Walter I. Balane/MindaNews) 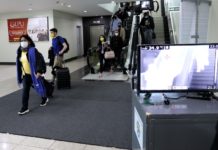 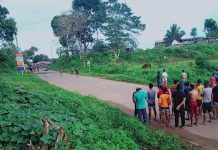