BUTUAN CITY (MindaNews/17 February) – Some 2,500 families in the lakeside town of Jabonga, Agusan del Norte were displaced by floods brought by a low pressure area that hit parts of Mindanao last Wednesday.

A state of calamity was immediately declared in the town following an almost nonstop rainfall which started last February 13, Monday. 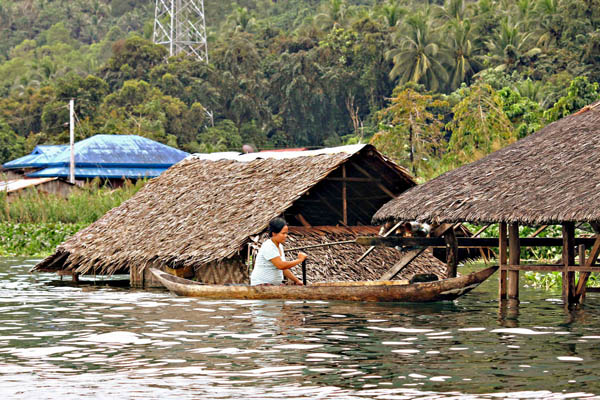 Six of the Jabonga’s 15 barangays were affected, sending 500 individuals to three evacuation sites.

“We immediately transferred here in the evacuation center at around 3pm last Wednesday when the water level reached our waist,” said Jocelyn Anora, who evacuated together with nine members of her family to the municipal gymnasium as floodwaters from Lake Mainit covered her house in Barangay Poblacion.

Anora is among the 512 individuals or 120 families who had evacuated to Barangay Poblacion.

Mayor Glicerio M. Monton pointed out that Bangonay River and Kalinawan River mainly caused the floods in Colorado and Magsaysay, the two barangays hardest hit by the calamity.

“These rivers provide the exit point of the lake and sit in the flood plains between Jabonga and Santiago. Since the flood that hit us last year, we had prepared early on for this kind of situation. We will be distributing relief goods to those who are in the evacuation centers today,” said Monton.

The mayor added that prior to the flooding residents had already been warned and that they were encouraged to evacuate if they wanted to receive relief assistance from the local government.

Jabonga is a 4th class municipality nestled along the coastline of Lake Mainit, the country’s 4th largest and deepest lake.

On February 2 last year the town experienced its worst flood in decades which occurred in most of the town’s 15 barangays for two months. (Erwin Mascarinas/MindaNews)