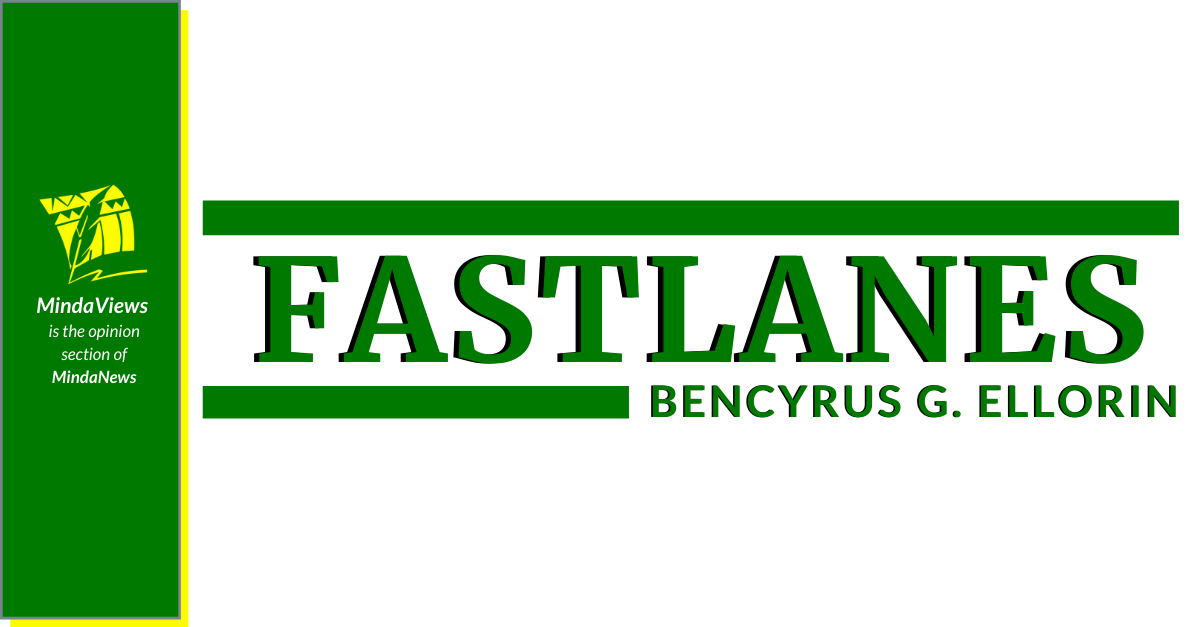 CAGAYAN DE ORO CITY (MindaNews / 21 July) – This regime has taken to a new level the weak political party system of the country.

Not even the dictator Ferdinand Marcos was able to do what it just did at Clark over the weekend.

Ferdinand Marcos had toured the traditional political parties when he started his career with the Liberal Party from 1946 to 1965. When his political ambition already contradicted with the LP, he transferred to the Nacionalista Party and won the presidency in 1965.

In 1972 when he turned dictator to perpetuate in power, he had the decency of declaring himself an independent. Perhaps saving the party founded by Manuel L. Quezon, whose goal was to the “unwavering loyalty to the Constitution,” and adopted in toto the preamble of the 1935 Constitution in the party’s declaration of principles promulgated in 1941 ignominy.

When the dictator thought of holding an election to show the world the democratic reforms of the country going bankrupt and sliding in violent conflicts, he formed the monolithic political party, the Kilusang Bagong Lipunan (KBL).

An alliance of anti-dictator political party, the UNIDO (United Nationalist Democratic Organization) took the cudgels of the opposition to fight the dictatorship. Its leader, Salvador Laurel, relinquished his presidential ambition to pave the way for Cory Aquino, the wife of martyred senator Ninoy Aquino, to become the candidate of the unified opposition.

By then, the UNIDO expanded its alliances with the PDP-Laban, which is a fusion of the Partido Demokratiko ng Pilipinas (PDP) founded by Aquilino “Nene” Pimentel II and Lakas ng Bayan (Laban) founded by the late senator Benigno “Ninoy” Aquino; the Bansang Nagkakaisa sa Diwa and Layunin (Bandila) which counts former vice president and senator Teofisto “Tito” Guingona among its leaders; and the August Twenty One Movement (ATOM) of Ninoy’s younger brother, the late senator Agapito “Butch” Aquino.

Politicians had respected political party traditions and refrained from take overs just to satisfy satiation for more power. President Cory Aquino, who was officially a PDP-Laban member, had appointed Ramon Mitra as speaker of the House. The Palawan lawmaker was thought as the standard bearer of the ruling party in the 1992 elections. But the PDP-Laban was divided between the Pimentel wing and the Jose “Peping” Cojuangco wing. But Peping did not bother battling with Nene Pimentel to wrest leadership of the PDP-Laban. Instead, he allied with the Lakas Bansa party of Mitra to form the Laban ng Demokratikong Pilipino (LDP). The LDP nominated Mitra as its presidential candidate. But Cory had other things in mind, she was biased towards Gen. Fidel Ramos.

Ramos, instead of battling it out inside the LDP with the president at his back, was decent enough to respect the LDP and formed his party, Lakas NUCD. Pimentel then teamed up as vice presidential candidate of former senate president Jovito Salonga of the Liberal Party-PDP-Laban coalition. The broad anti-dictatorship coalition melted in the 1992 elections.

In 1998, Lakas-NUCD fielded former House Speaker Jose de Venecia. His running mate was Gloria Macapagal-Arroyo. De Venecia lost to former senator and Ramos’s vice president Joseph Ejercito Estrada. When Estrada was impeached, GMA became president by succession. Eyeing the presidency since her election as VP, GMA did not bother battle with Lakas stalwarts, but organized her own party, Kampi, in 2009.

Fast forward to the 2010 elections, it became a battle royale of the two oldest political parties in Philippine history, with Cory and Ninoy’s son, former congressman and senator Benigno Simeon Aquino III pushed by the Liberal Party, and the Nacionalista Party revived by former house speaker and senate president Manuel Villar. The third party was the comebacking Erap with his Partido ng Masang Pilipino who had Makati Mayor and PDP-Laban stalwart Jejomar Binay as his vice presidential candidate.

PNoy won. But his running mate Mar Roxas lost to Binay. The PDP-Laban, while having a vice president, took the backseat. Binay had nothing but respects for the late statesman, former Cagayan de Oro Mayor and former Senate President Nene Pimentel as head of his party. Pimentel then retired from the Senate, had his son Aquilino “Koko” Pimentel III sitting as senator after a dramatic election protest win that resulted in the unseating and resignation of a fellow Mindanaoan, Sen. Jose Miguel Zubiri of Bukidnon, in 2011.

In order to save the PDP-Laban of the Pimentels who was cold on his presidential bid as it sided with LP majority coalition in the Senate, Jojo Binay did not bother to wrest control of the party despite backing from political heavyweights Erap and Juan Ponce Enrile. Binay had held sacrosanct his pinagsamahan with Nene Pimentel in the anti-Marcos dictatorship movement.

So he formed the United Nationalist Alliance as vehicle for his presidential bid in 2016. The PDP-Laban then, even with Sen. Koko Pimentel, was emaciated. Even in the Pimentels’ hometown in Cagayan de Oro, the mayor until 2013 – Dongkoy Emano – was an Erap ally. The next mayor, Oscar Moreno, was with the LP until the 2016 election. Even Davao City kingpin, now President Rodrigo Duterte, bolted the party in 2009 to join the LP until 2015. Duterte had joined PDP-Laban in 2001.

The LP closed its doors to Duterte as it had prepped Mar Roxas to follow PNoy after he sacrificed his presidential ambition to the younger Aquino whose tsunami of support followed the death of democratic icon Cory Aquino in 2009.

In 2015, Mayor Duterte hinted his ambition to run for the presidency. He went around the country on the precept of consulting the people on the shift to federalism. His status with the LP no longer clear. The October 2015 deadline for the filing of certificate of candidacy (COC) for president came without Duterte.

Then in December 2015, just before the deadline for substitution of candidates, Duterte came marching with his COC as a substitute to a barangay captain who filed for the candidacy for president under the PDP-Laban. This man, whose stake to fame was his rabid advocacy for the death penalty, having championed the death by lethal injection campaign against child rapist Leo Echegaray in 1999. Martin Dino’s candidacy enabled the surreptitious filing of President Duterte.

Whether planned or not, Dino, who is now an undersecretary at the DILG, may have planted the seed of the eventual bastardization of the Pimentels’ PDP-Laban, likewise bismirching its gloried past.

Although things may still be nebulous, with litigation expected, what is clear is that Duterte, through Energy Secretary Alfonso Cusi, had completed their coup of the party that allowed them to hitchhike in 2016.

The means with which the Duterte camp seized leadership from the PDP-Laban is certainly for the books. Unlike his other predecessors who formed their own political parties as platform of their political ambition, this regime has sucked up to a political party with a glorious past.

Although at the onset of the Duterte regime, many thought he would soon leave PDP-Laban. The early warnings were the replacement of Pantaleon Alvarez, a PDP-Laban Davao del Norte congressman, as House Speaker by GMA and the replacement of Koko Pimentel as Senate president by Sen. Tito Sotto of the NPC. Many thought the Davao cacique would form a political party through the Hugpong ng Pagbabago.

Was it lack of creativity, laziness or depravity that resulted in the Duterte camp scavenging into the shell of PDP-Laban? History will tell.

There is Cebuano word to describe the coup at the PDP-Laban by the Davao group in Clark over the weekend – UMANG, its verb form pang-umang.

The umang or the hermit crab, a crustacean, takes over an empty mollusk shell to make it its home. The umang does that out of inherent depravity – its fragile exoskeleton.

(BenCyrus G. Ellorin is a former journalist. He is now the chairperson of the advocacy group and think tank Pinoy Aksyon for Governance and the Environment / Pinoy Aksyon. FB: @NoypiAksyon; Twitter: @Paksyon.)