In a statement sent to MindaNews, Amina Rasul of the Philippine Council for Islam and Development, said Esperon’s appointment as peace process adviser “shows that Mrs. Arroyo is either controlled by the military or is completely insincere about the peace process (or both).”

“General Esperon, as the head of the Armed Forces of the Philippines until recently, was adamant about crushing the communist and Moro insurgencies as well as terrorism.  Today, we are asked to believe that the general has had a change of heart with the change in his position,” Rasul said.

Amirah Lidasan, president of Suara Bangsamoro party-list, said they “strongly oppose” Esperon’s assignment because of his “track record on human rights violations of activists who became victims of extrajudicial killings under Oplan Bantay Laya and the Moro people, many of hwom were tortured during the 2001 Abu Sayyaf crackdown in Basilan under his 103rd IB.”

Iqbal said it is government’s sincerity in forging a negotiated settlement to the Mindanao problem that counts.

Far from praising Malacanang on Esperon’s appointment, Iqbal called it an indication of the growing militarization of the Arroyo administration, including the peace process.

Development worker Milet Mendoza, formerly of Tabang Mindanaw who earlier worked at the OPAPP and National Unification Commission, said, “the appointments of ex military and politicians to OPAPP defeats the very essence of its nature. A party to conflict (including ex) and people with vested political interest to protect have no place in OPAPP. OPAPP has long ceased to serve its purpose. It has made a mockery of its existence.”

But that, he said, Esperon “has to prove and might even be his legacy.”

“Sometimes former soldiers become doves when they are given a new prism and fresh perspective to see things. But his very fresh track record does not bode well,  but for the sake of peace, I’ll never say never even on this one.” 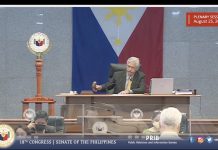