WORRIED. A worried Gina Galdiano uses her mobile phone to talk to her husband, Allan, one of the teachers taken hostage by gunmen in Barangay La Purisima, Prosperidad town in Agusan del Sur Friday afternoon, April 1. The gunmen took a total of 15 hostages, including two minors, in exchange for the release of their relative, Ondo Perez, who was imprisoned for leading a similar abduction in December 2009 and who was temporarily released Saturday afternoon to help in the negotiations. MindaNews photo by Froilan Gallardo  | Read Story 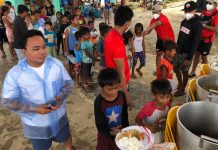 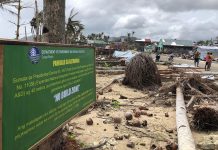