Forty young boys aged 10 to 14 years old compete in the Regional Selection of the Jr. NBA Philippines 2013 at the University of Southeastern Philippines Gym in Davao City on Tuesday, April 2. Ten participants will be chosen to represent the region in the National Training Camp in Manila later this month from where 10 will be chosen to compose the Jr. NBA Philippines 2013 All Stars and get the chance to play against a counterpart Jr. NBA team abroad. MindaNews photo by Ruby Thursday More 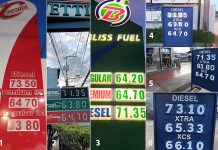