Home Photo of the Day Saving the Pope Retired police Supt. Rodolfo Mañoza holds a copy of the defunct Philippine Journal, which published a photo of him and his colleagues dragging away Bolivian painter Benjamin Mendoza, who attacked Pope Paul VI with a long knife. [He is the constabulary with a crew cut.] The newspaper, however, pointed to the late President Ferdinand Marcos and his wife, Imelda, as responsible for saving the Pope’s life. MindaNews photo by Froilan Gallardo | Read story 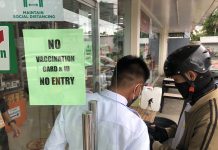 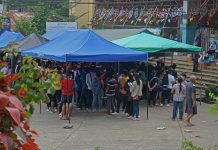