Home Photo of the Day Backhoe Five-year old Ronnie “Nono” Perante III, son of Goldstar Daily reporter Ronnie Perante, one of 58 victims of the November 23, 2009 massacre in Ampatuan town, Maguindanao, looks at the now rusty backhoe inside the evidence yard of the police regional office in Tambler, General Santos City on Saturday, November 21, 2015. The backhoe was used to bury some of the victims. Nono was still in his mother’s womb when his father was killed. Six years later, families still await justice.  MindaNews photo by Toto Lozano 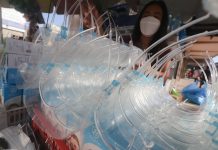 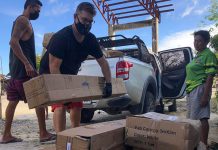