Home Photo of the Day Countercharge Charged with “direct assault” in connection with the bloody dispersal of protesters in Kidapawan City on April 1 and presently out on bail, 78-year old Valentina Ebon Berdin of Arakan, North Cotabato is one of several complainants who went to the Office of the Deputy Ombudsman for Mindanao in Davao City on April 25, 2016 to file criminal and administrative charges  against the North Cotabato Governor, Agriculture and Local Governments secretaries and police and military personnel. MindaNews photo by TOTO LOZANO 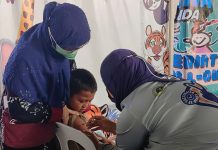 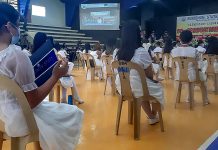