Home Photo of the Day Rescued A visibly shaken Vicente Libona, a political detainee, is led to safety by jail guards after  policemen fired shots at the hostage-taker who attempted to harm him at the Misamis Oriental provincial jail compound in Cagayan de Oro City on Sunday, August 28. The hostage-taker was killed. MindaNews photo by FROILAN GALLARDO
READ STORY 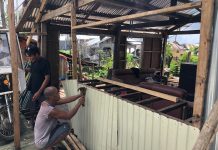 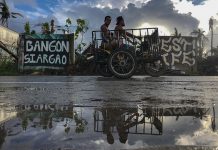