The  main battle area in Marawi City as viewed from neighboring Marantao town, Lanao del Sur  at 4:30 p.m. Saturday, 16 September 2017, Day 117 of the Marawi Crisis.  The military announced through a press release late Saturday evening that the troops had taken control of the  Bato Mosque and Amaitul Islamiya Marawi Foundation at 5 p.m. The military said these two structures were previously held by the Maute Group. But where are the hostages? MindaNews photo by FERDINANDH B. CABRERA 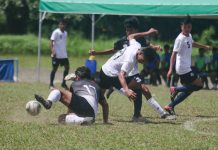 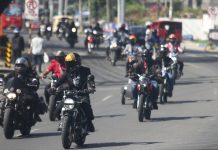 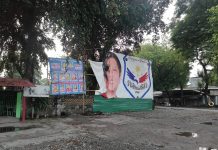