Home Photo of the Day Where are the houses? Workers prepare to install houses made of “sandwich panels” in Barangay Sagonsongan in Marawi City. As of noon of November 24, 2017, only four houses and one still roofless house had been installed. Korean national Park Myung Soo of Shin Hwa Construction said he had taken over from a previous Korean partner whom he accused of “cheating.” A total of 132 concrete floorings have been completed for installation of the houses whose materials arrived at the site on Friday. Soo said they can install “six to seven houses a day.” Housing Secretary Eduardo del Rosario had vowed that 500 to 600 transitional shelters will be turned over by President Rodrigo Duterte to displaced residents of Marawi by mid-December. MindaNews photo by CAROLYN O. ARGUILLAS 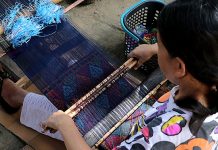 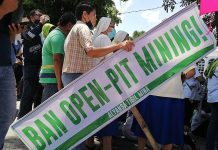 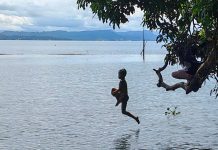