Home Photo of the Day Samba for Guinness Dancing to the tune of “Despacito,” an estimated 15,000 residents and participants from neighboring towns attempt a Guinness World Record for Largest Samba Dance on 12 February 2018, the 20th anniversary of the conversion of Kidapawan into a city. The current record is held by Tesco Clotus (Thailand) consisting of 525 dancers and was achieved on 15 June 2014. Two lanes of the six-lane highway were closed to traffic from 6 to 10 a.m. as locals flocked to participate in the street dance led by Kidapawan mayor Joseph Evangelista and his wife. Photo by JULES BENITEZ 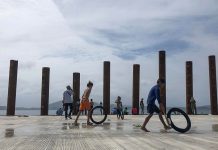 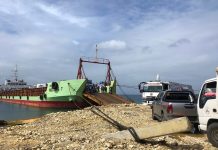 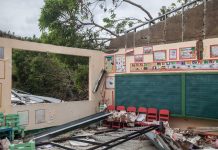