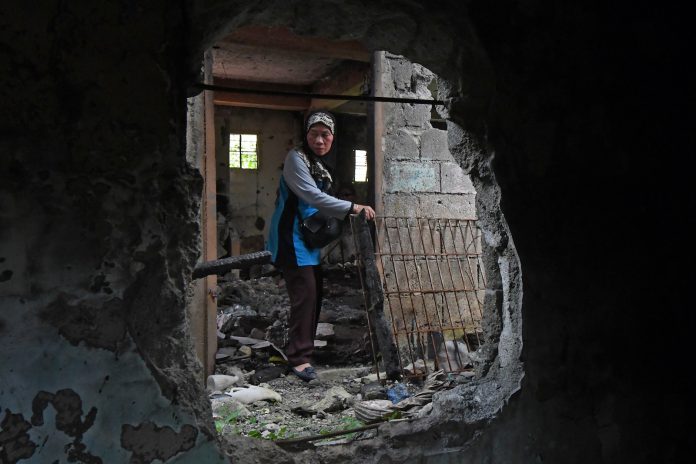 A resident views the damage on her house in Marawi City on April 5, 2018. ISIS-inspired  gunmen engaged government forces in a five-month battle last year that destroyed the city’s commercial district. The Task Force Bangon Marawi allowed 1,200 residents to visit their homes in Sector 2 on April 5. More residents will be allowed to visit their houses this month to get whatever they can salvage from the ruins in the so-called Main Affected Area. MindaNews photo by FROILAN GALLARDO 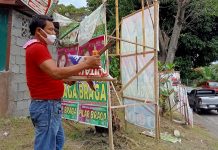