Home Photo of the Day PICTURES: Shooting Birds at Home

The long quarantine period in this time of the coronavirus disease (COVID-19) has brought untold sufferings, but it also sparked creativity among those who stayed home.

In Iligan City, photo hobbyists have been very prolific since the lockdown in March, when The Umbrella: Iligan’s Joint Photographers’ Society staged its quarantine photo contests, encouraging members to shoot from the confines of their homes.

The first in the series was held in April with a subject accessible to most members: birds.

“It’s such a challenge because while most bird shooters would go on photo safaris to beautiful places known for their being bird sanctuaries, the Umbrella photographers had to contend with the birds they can see from their homes,” said Bobby Timonera, one of MindaNews editors and among the founding members of the local camera club.

He said it was doubly difficult for them because none in the group have those long, expensive lenses bird photographers are known for.

“While it has been a tradition for our group not to allow photo editing software for our entries in our club contests, this time we allowed only one edit – cropping – because we don’t have the luxury of those long lenses,” Timonera said.

Nevertheless, he said only a few joined the bird photography contest – only 18 entries were submitted – because of the difficulty of the subject and the limited equipment. But it generated interest among club members that they followed it up with another contest in May with a more accessible subject: food, focusing on “lutong bahay” (common Filipino dishes cooked at home).

The contest in May had more entries, and had further generated interest in more enthusiasts that they announced yet another contest in June with the subject, “Shapes and patterns found in the home.” 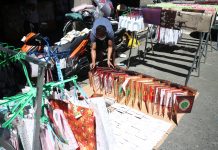