Home Photo of the Day 2020 in Pictures: Mindanawons come to grips with COVID-19

When news started coming out of a virus spreading rapidly in China towards the end of last year, nobody predicted it would soon be a global problem. In the first two months of the year, Mindanawons were their usual selves, going about their daily lives.

And then by the second week of March, when Mindanao’s first COVID-19 patient (PH40) was brought to a hospital in Iligan City, then died at the Northern Mindanao Medical Center in neighboring Cagayan de Oro City, all hell broke loose.

Suddenly, local government units implemented lockdowns, everyone was required to wear a mask (then later, face shield as well), the young and the old were banned from going outside, medical personnel started wearing astronaut-like suits, and people were required to have quarantine pass, limiting non-essential movements.

The malls, churches, streets and other areas that are usually teeming with people suddenly went empty for months.

Life gradually tried to get back to normal, but couldn’t just yet, with the virus still around continually infecting people. Some tried adapting to a “New Normal,” but others could not. (MindaNews) 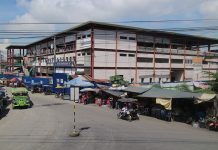