The Parliament of the Streets is alive in Davao City as thousands of residents, raising clenched fists, gather downtown on August 21, 1984 to commemorate the 1st anniversary of the assassination of former Senator Benigno “Ninoy” Aquino. Aquino was gunned down upon arrival at the Manila International Airport (now renamed after him) on August 21, 1983 after a three-year exile. The killing triggered more protests nationwide against the Marcos dictatorship, including Davao City where Yellow Friday marches and Welgang Bayans were mounted by an enraged citizenry.  Photo by ARNEL VILLEGAS 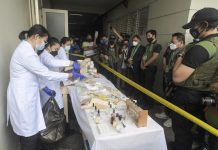 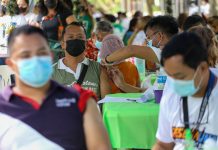