Home Picture Stories Through the haze

Haze from Indonesia’s forest fires has blanketed not only Indonsia, neighboring Malaysia and parts of Thailand, but also several provinces in Mindanao.

On the road to Ozamiz City in Misamis Occidental from Davao City last Monday, October 19, haze blanketed provinces along the route —  from Davao to Cotabato, along the Narciso Ramos Highway and on to the Labangan-Molave route.

In our 12-hour drive, haze could be seen covering the plains of North Cotabato, the mountain ranges straddling Maguindanao and Lanao del Sur, and the scenic Illana Bay from the coastal areas of Lanao del Norte and some parts of Zamboanga del Sur.

On our return to Davao City on Friday, October 23, we continued to be accompanied by the haze that has also blanketed General Santos City, Davao City, Bukidnon and Cagayan de Oro. Mindanews Photos by Keith Bacongco Haze over Lake Marayag and the mountain ranges in what used to be the MILF’s Camp Abubakar in Matanog, Maguindanao on October 19. What used to be a scenic view of the Panguil Bay from the national highway in Kapatagan, Lanao del Norte has been blanketed with haze on October 23. Haze over the Bucagan Hill in Ozamiz City on October 23. Haze over the mountain ranges in what used to be the MILF’s Camp Abubkar in Matanog, Maguindanao on October 23. Haze over Sugut Bay in Parang, Maguindanao on October 23. Haze over a ricefield near the national highway in Kabacan, North Cotabato on October 23. 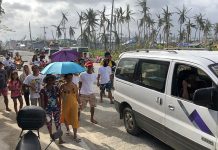 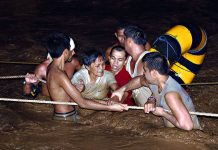