Intense fighting between government soldiers and the Maute Group has left Marawi City in ruins. Up to what extent, we do not know as clashes and air strikes continue on June 19, Day 28 of what has been referred to as the “Marawi Crisis.”

The few photographs and video footage from inside  the conflict zone provide us glimpses into the devastation. Landmarks once standing proudly, now reduced to rubble.

I wish I could still see the Marawi that I saw years ago, when I was regularly going up there for media coverage or for some personal trips.

Next to my hometown of Iligan CIty, Marawi is literally the city closest to me as it is only 36 kilometers away, less than an hour’s drive. It is also the birthplace of my late father, Marawi having had the more advanced hospital back then, a hundred or so years ago. (Yes, I’m referring to the Amai Pakpak Medical Center, built by the US Army under John Pershing, then called the Lanao General Hospital.)

Situated 700 meters above sea level, the country’s lone Islamic City has a cool climate unlike most places in this hot tropical country. The city offers a stunning view of the nation’s second largest lake and the verdant green forests and tall mountains around it.

Add the Maranao people’s colorful history and rich culture, visiting Marawi, for most Filipinos, is like travelling to another country.

Allow me to share with you the Marawi that I knew … 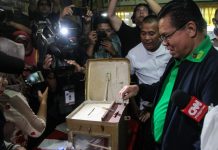 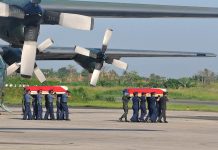