KORONADAL CITY (MindaNews/21 September) – The city government here is working for the relocation of the 75 families who earlier evacuated from an upland village here due to lingering concerns on the area’s safety following the flashfloods and landslides last September 10 that left five people dead.

Mayor Peter Miguel said Tuesday they are currently evaluating the possible permanent relocation sites for the displaced residents of Sitio Upper Acub in Barangay San Isidro, which has been declared unsafe for dwelling by geology experts from the Department of Environment and Natural Resources’ Mines and Geosciences Bureau (MGB).

“The assessment is still ongoing but the MGB already made an initial recommendation that it’s no longer safe for the evacuees to return there,” he said.

But the mayor said the relocation of the residents, who are presently taking temporary shelter at the Bacongco Elementary School in Barangay San Isidro, may take some time due to some requirements and funding constraints.

He cited that they will need to seek clearance from the MGB before they can proceed with the processing of the potential relocation sites.

He said among the probable relocation sites being considered by the local government were vacant lands adjacent to the abandoned village.

“The idea is to relocate them near their previous community so they can still tend to their farm animals and crops there,” he said.

Residents of Sitio Upper Acub were forced to leave their homes last week following the series of landslides and flashfloods triggered by the heavy rains in the area.

The floods affected 18 other villages in the city, prompting the local government to declare the entire area under a state of calamity.

The mayor placed the city government’s available calamity funds at around P23 million, which would mainly be utilized to rehabilitate the farmlands, water systems, line canals, roads, bridges and other vital infrastructure that were destroyed by the floods.

He said they allocated a portion of the funds for the sustenance of the evacuees and the initial requirements for their relocation. 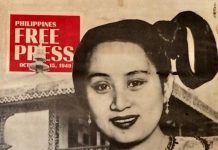