MALAYBALAY CITY (MindaNews / 12 Feb) – The Bukidnon Second Electric Cooperative (Buseco) named its chief planning officer as its new  general manager as controversial general manager Edgardo Masongsong was obliged to step down in relation to his bid for a congressional seat via the party-list system.

Corporate planning division chief Deither Holf Arellano assumed the leadership of one of Bukidnon’s power cooperatives in turnover ceremonies Monday at the Buseco head office in Manolo Fortich town. A special general assembly was held in time for the turnover attended by officials from the National Electrification Administration and from the provincial government.

Arellano, during the turnover ceremonies, vowed more innovations for the cooperative.

He cited that the board confirmed three names in the short list, which they submitted to the National Electrification Administration. The NEA, he added, will have the final say as to who will become the next general manager.

He added that Masongsong had to vacate the post in relation to his bid for a congressional seat via the electric cooperatives’ party list representation 1-CARE.

Masongsong would have turned seven years in the post on August 3. On that day in 2006, he replaced Erico Bucoy as executive officer of BUSECO, supposedly up to yearend then.

He was part of a team from Earth Resource Management Group (ERMG) consultants tapped to look into a controversy in the Buseco leadership from 2004 to 2006. Another controversy beset Buseco from 2001 to 2004. ERMG arrived in January 2006 through a resolution of the board of directors.

On January 1, 2007, the board passed a resolution firing Masongsong with consultants to manage BUSECO up to June 2007.

Two months later, the board recommended Masongsong as probationary GM. Masongsong initiated reorganization of Buseco personnel and in January 2008 became a regular GM.  The NEA confirmed him GM on July 1, 2008.

According to its website, Buseco’s performance during the time of Masongsong “has been astonishing and beyond expectation.”

The cooperative cited 18 awards from 2007 to 2011, including Special Award for Category A+ electric cooperatives which it won five years in a row, and “Secretary Francisco G. Silva Grand Leadership Award” to Masongsong.

Masongsong’s term also saw the cooperative in conflict with its consumers and officials.

In September 15, 2009, the Presbyterial Council of the Diocese of Malaybalay passed a resolution requesting NEA to immediately remove Masongsong over alleged “conduct unbecoming of an officer” and “for betrayal of his oath of office”.

The resolution said that Buseco under Masongsong allegedly violated and defied orders of the Regional Trial Court concerning a civil case on the validity of Jonally Sto. Niño’s election on December 22, 2007 as a member of the cooperative’s board of directors.

He said he will personally bring to the attention of the National Electrification Administration chair “the alleged very untoward act of Mr. Masongsong and will try my best to work for his removal or suspension.”

Masongsong sued Malaybalay Bishop Honesto Ch. Pacana and 51 priests of the diocese following the publication of the clergy’s resolution calling for the former’s ouster. Masongsong accused the clergy of “malicious, baseless, unfounded, reckless, and wanton imputations,” which “resultantly defamed, caused dishonor and discredit” to his person.

The complaint affidavit was filed at the City Prosecutor’s Office of Toledo City in Cebu province.

Masongsong refuted the accusation, saying the contents of the said resolution “are false, unfounded, and find no factual and legal basis ….”

After a dialogue, Masongsong was reported to have withdrawn the libel suit.

Aside from the clergy, Buseco also got a legal turf with two of its board members, Fr. Paciente of Sumilao and Oliver Aldovino of Impasug-ong. (Walter I. Balane / MindaNews) 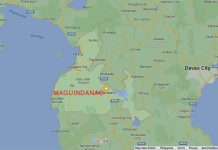