GENERAL SANTOS CITY (MindaNews/02 September) — Environment personnel in Region 12 have adopted the Integrated Pest Management (IPM) approach to ensure the survival and proper growth of trees planted in parts of the region under the ongoing National Greening Program (NGP).

Region 12, which is also known as the Soccsksargen Region, comprises the provinces of South Cotabato, Sultan Kudarat, Sarangani, North Cotabato and the cities of General Santos, Koronadal, Kidapawan, Tacurong and Cotabato.

“We consider IPM as an effective approach in sustaining the gains of the NGP since regular pest surveillance and monitoring are mainly the first line of defense against occurrence of pests and diseases in the plantations sites,” Saikol said.

The official said they have launched a series of trainings and workshops on IPM to prepare local implementers for its adoption.

The training program so far covered 94 implementers composed of forest extension officers and members of people’s organizations in the region, he said.

“The training is urgent and very crucial in ensuring the attainment of high survival rate of the planted seedlings in all stages of growth by means of preventing and controlling the occurrence of pests and diseases,” Saikol said.

Under the NGP, he said a survival rate of 85 percent was required by the DENR central office for the established tree plantation sites.

“This means that for every ten seedlings planted, eight or more seedlings should survive and if not, immediate replanting should be done,” he explained.

DENR-12 has set a target of planting a total 7,931,000 seedlings of various tree species, including agricultural crops, in parts of the region this year under the NGP.

The agency’s forestry division identified a total of 15,862 hectares of public lands within the region as expansion sites for this year.

NGP, which was based on Executive Order 26 issued by President Benigno S. Aquino III, is a six-year flagship nationwide reforestation project being implemented by the national government.

Through the program, the government aims to plant 1.5 billion trees in 1.5 million hectares from 2011 to 2016 “for poverty reduction, food security, livelihood development, biodiversity conservation, and climate change mitigation and adaptation.” (Allen V. Estabillo/MindaNews) 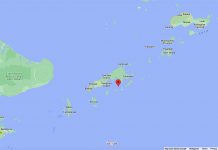