DAVAO CITY (MindaNews/ 17 Nov.) – Yet another extension of martial law is needed to prevent a resurgence of threats from Islamic State-inspired armed groups in Mindanao, an Army official said Friday.

Maj Gen Noel Clement, speaking during the 2-day Mindanao Media Forum that opened on Friday said martial law prevented a spillover of the Marawi siege into other areas.

The declaration has been extended twice already, the second extension to end on December 31 this year.

“We have to sustain the gains until the desired end state is attained,” he added.

Replyng to a question why bombings still occurred in Mindanao despite martial law, Clement said “we can’t cover all areas.”

Martial law is a deterrent but not an assurance that no more bombings will occur, he said.

Clement said the Maute group, Bangsamoro Islamic Freedom Fighters and Abu Sayyaf are the primary threats in Western Mindanao while the New People’s Army poses the biggest challenge in the eastern side of the island.

In a message read on his behalf by Clement, Galvez said “3,187 high-powered afirearms and 2,325 low-powered firearms have been confiscated or voluntarily surrendered by political entities and influential families” as a result of martial law.

Galvez added that over 10,000 NPA fighters and supporters in Mindanao and 174 Abu Sayyaf members have surrendered this year alone.

But the communist leadership has dismissed as mere propaganda the reported surrender of many of its fighters.

Asked if such move would not give a negative impression to the international community on the situation in Mindanao, Dureza said Duterte decides based on what he believes is good for the country and not on what outsiders think.

He said the President would consult his security cluster but that the final decision rests with him.

Both the military and Philippine National Police declared that martial law has improved the peace and order situation in Mindanao.

In his statement, Galvez said the implementation of martial law has made the AFP earn “the trust and respect of the people in Mindanao.”

But progressive groups painted a different picture of martial law in Mindanao.

In a statement on Wednesday, the Save Our Schools Network said it documented 535 cases of attacks on Lumad schools that affected 2,460 Lumad students, teachers and parents.

“How about the killings of two Lumad students and eight members of parent-teachers-community associations (PTCA) of schools perpetrated by Armed Forces of the Philippines? What about the 111 cases of trumped up charges and illegal arrests of teachers and PTCA members? Or the 2,400 cases of Lumad students, parents and teachers being forced by the AFP to surrender as New Peoples’ Army (NPA)?” SOS Mindanao spokesperson Rius Valle said.

“These communities and schools have been attacked by the AFP and paramilitary on the basis of Martial Law, and the unfounded claim of President Duterte that these schools are communist fronts. Martial law further deprived Lumad children of their rights and freedoms,” Valle added. (H. Marcos C. Mordeno/MindaNews) 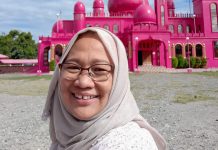