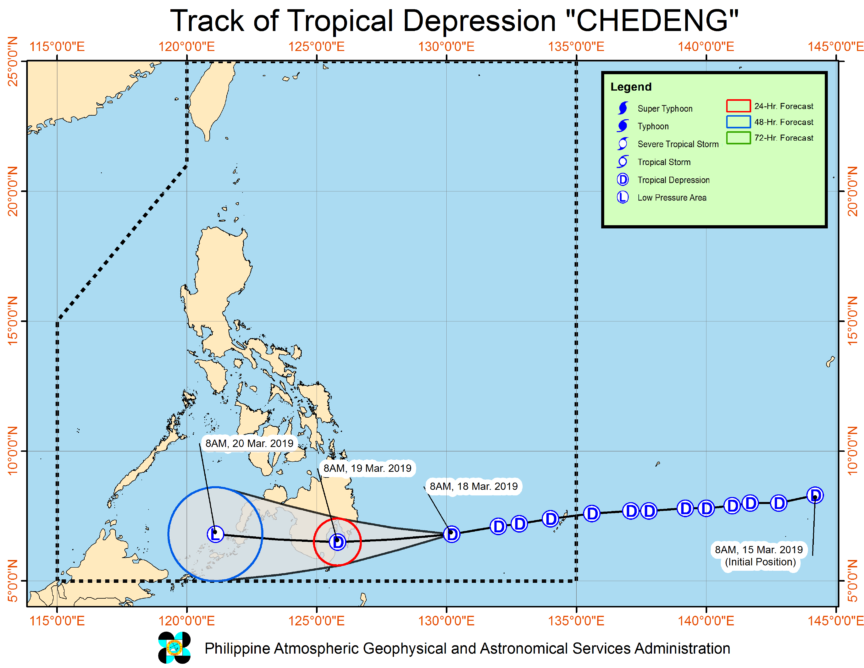 CAGAYAN DE ORO CITY (MindaNews/18 March) — Tropical depression “Chedeng” is expected to hit Mindanao on Tuesday and bring rains to farmlands that have dried up due to a dry spell since January.

In their 5am weather bulletin on Monday, PAGASA said “Chedeng” was packing winds of up to 45 kilometers per hour near the center and moving west at 15 kph.

The tropical depression is expected to bring rains to farmlands that had gone dry since two months ago.

Weather specialist Joseph Lucero of PAGASA 10 said the last time most of Mindanao experienced rainfall was in January.

The Department of Agriculture in Northern Mindanao had already reported incidents of farm animals dying from lack of food and water.

PAGASA earlier said the El Niño phenomenon may last until May this year. (Froilan Gallardo/MindaNews)

7 areas in Mindanao under GCQ with heightened restrictions from Aug. 1-15

7 areas in Mindanao under GCQ with heightened restrictions from Aug. 1-15