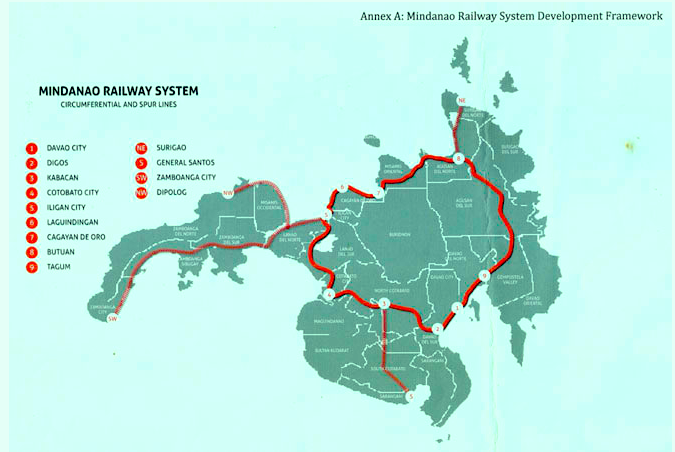 The design was approved during the National Economic and Development Authority-Board’s Investment Coordination Committee-Cabinet Committee deliberation on July 10, 2019.

Arturo Milan, president of Davao City Chamber of Commerce and Industry Inc. welcomed the board’s approval of the change in scope and budget for the 102-km railway project that will stretch from Tagum City in Davao del Norte to Davao City, and then to Digos City.

Milan said the government should make sure that it will construct a modern railway system similar to what it is putting up in Luzon because Mindanawons need “a state of the art railway system.”

Mindanao Business Council chair Vicente T. Lao lamented the slow implementation of the railway project in the island. “This is long overdue.”

Lao hopes the government will not change the features of the project without consulting the people of Mindanao.

The approved changes in the project scope included changing from a single track to dual track railway; from diesel to electrified railway with 25 kV electrified overhead for the catenary system transmission of electrical energy to the trains wherein the wires are situated above the rails and 26 electrical multiple units; from 102-km. fully at-grade railway to 100 km railway with viaduct for the 26-km. elevated portion; and addition of the satellite depot in Davao City aside from main depot to be located in Tagum City.

According to the Department of Transportation (DOTr), the railway’s first segment will reduce travel time from Tagum to Digos from 3.5 hours to 1.3 hours once it starts operating in 2022.

It added the rail line will be built with a single track, with provisions for future tracks and electrification. It will have six five-car passenger trains with three spare cars, four locomotives and 15 freight cars.

Upon project completion, the DOTr expects the daily ridership of the Tagum-Davao-Digos segment to increase to 134,060 by 2022.