Home Travel & Lifestyle Where will you party this Kadayawan?

Get ready as Manic Nightnings Productions this year gives Davao a one-of-a-kind two-day celebration for this year’s Kadayawan Festival. The first night is be a pub-crawl through Davao’s premiere bars and nightlife destinations and the second day is a three-staged electronic music festival at the D’Leonor Inland Resort.

Manic is taking Davao’s nightlife to the next level. Davao’s premiere Clubs and Bars will be hyping Kadayawan Friday as Top Manila DJs will be taking over their decks.

The pub crawl will take 30 lucky AEMF 2015 ticket holders to have a unique party experience, riding the Manic Bus which will take them to all of the participating clubs/bars in Davao to have a night of fun and music with Manic’s celebrity DJs.

The pub-crawl will be hosted by the team OUTKAST: Cris Lomotan, Benj Bolivar, Loren Burgos, and Miguel Lasala. Arcadia Electronic Music Festival is by far the biggest EDM festival in Kadayawan history and the first in the Philippines, with three stages and more than 30 world class DJs to be held at D’Leonor Inland Resort, Purok 5, Barangay Communal Davao City.

Spectacle performances will be held in a Floating (Wave Pool area) stage, a Carnival stage, and a Festival (Resort Parking area) stage.

MCs AOH, Boo, Ron Thug, and Victor Pring will be on rotation to keep the crowd pumped throughout the night. 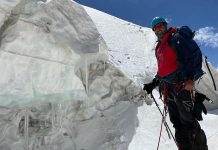